In the grim darkness of 70 years ago…

We tried out Flames of War a little this weekend. I say a little because I don’t think the experience of pitting 2 German tanks against 3 US tanks is indicative of the game itself. I get the sense that it may be a more defensive game than our experience would lend us to believe, with strategy, lines of battle, defensive positions etc. If it is just zooming around a hill trying not to be the guy that gets shot in the side, then I’m badly wrong. Everything looks less intimidating at that scale. At $220+ though, it creeps up on you.

FoW is a European/African theatre (exclusively?) game about three different stages of the 2nd World War. There is a “Codex” or stat book of sorts for each period, Early, Middle and Late with German, UK, US and USSR forces covered in each. Each power has its own special ability, the Germans have a bunch of Tank Ace abilities and they’re generally well practiced at brutalizing enemies by the time the war gets going. The British, on the other hand, tend not to run away and have Sergeants that can take command of leaderless units. The Soviets… they have the Commissar rule, almost exactly like 40k.
No, wait a minute, the era of the war necessarily dictates the terrain, right? Mid would be North Africa and Italy, Late would be France, Early would be… I dunno, Poland? i could look this up, but I’m just going to guess and pass that on as fact.
The rules seem a tad daunting at first, because it seems really quite dense and the summary sheet is really packed. But I think as it was played we eventually managed to get in line with what should be happening.

Yelling while going to war was in its infancy back then.

There are a few things foreign to my 40k weaned eye. How hard it is to hit a tank isn’t based on what a great shot you are, but how good your target is at maneuvering. Veterans, presumably, don’t drive in predictable or dangerous ways. You make armour saves first, then figure out if the gun was powerful enough to destroy the tank or just scare everyone out of it. Facing is done in an interesting way. There is no True-Line-Of-Sight, which works much better with this scale of model.
You shoot less if you move, something that is painfully familiar from the Tau days and you can still get bogged down in difficult terrain. So those things are familiar. Also, 50% of the table will be playing fascists, so that is familiar too.
The cost of the models is prohibitive for me, at least, at about 100 New Zealand dollars ($80) or so for a company box. I’m not sure how much crossover there is between time period – is the technology in the late period substantially different from that in the early or is it just slightly upgraded? Or is it reflected in change of crew experience? If the models don’t change much across time periods, then it seems like you’d get quite a bit out of an army, basically three Codices with variations of the same flavour. 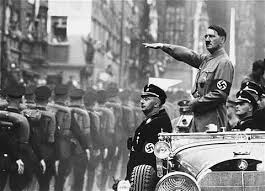 You know who else couldn't buy his way to having a winning army? Hitler.

That said, since there is no TLOS and no WYSIWYG, it would seems like proxies would work fairly well. Tiles or counters, cut to the correct size and marked with the appropriate information would fill in nicely. That’s how we did it back in the Napoleonics days and it was good enough for us.
So I’m curious as to how easy a tile-based game of FoW would be and I also want to know about other armies: is there a pacific theatre sourcebook? What about the Italians and Canadians, do they just fit in with their allies? Free French? Poles? I know they do mission specific sourcebooks too and I’m interested in those. For some reason, I don’t think I’ll have a feel for the game, until there are infantry involved.

← The Acts of the Lords of Rannick, XXII
Who is the admin here? →