This has been great painting weather

I’ve gotten more stuff painted in the last couple days while I hide in my basement from the awful, oppressive heat. 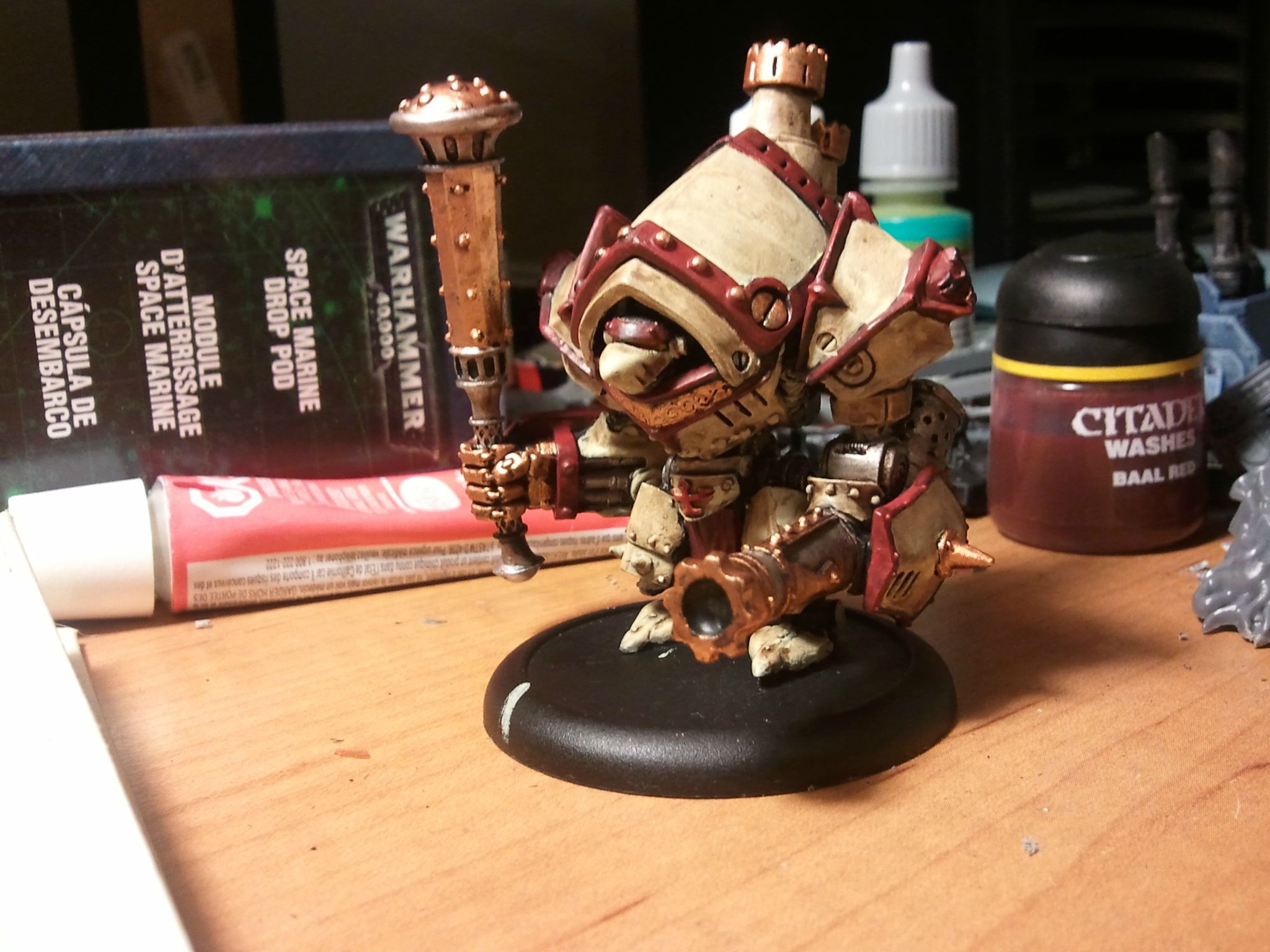 This is the Reckoner. He might hit you with club, or he might shoot you with the gun. If the gun doesn’t kill you it sets you on fire so that you’re easier for his friends to see you so they can kill you. I sure like the Reckoner. 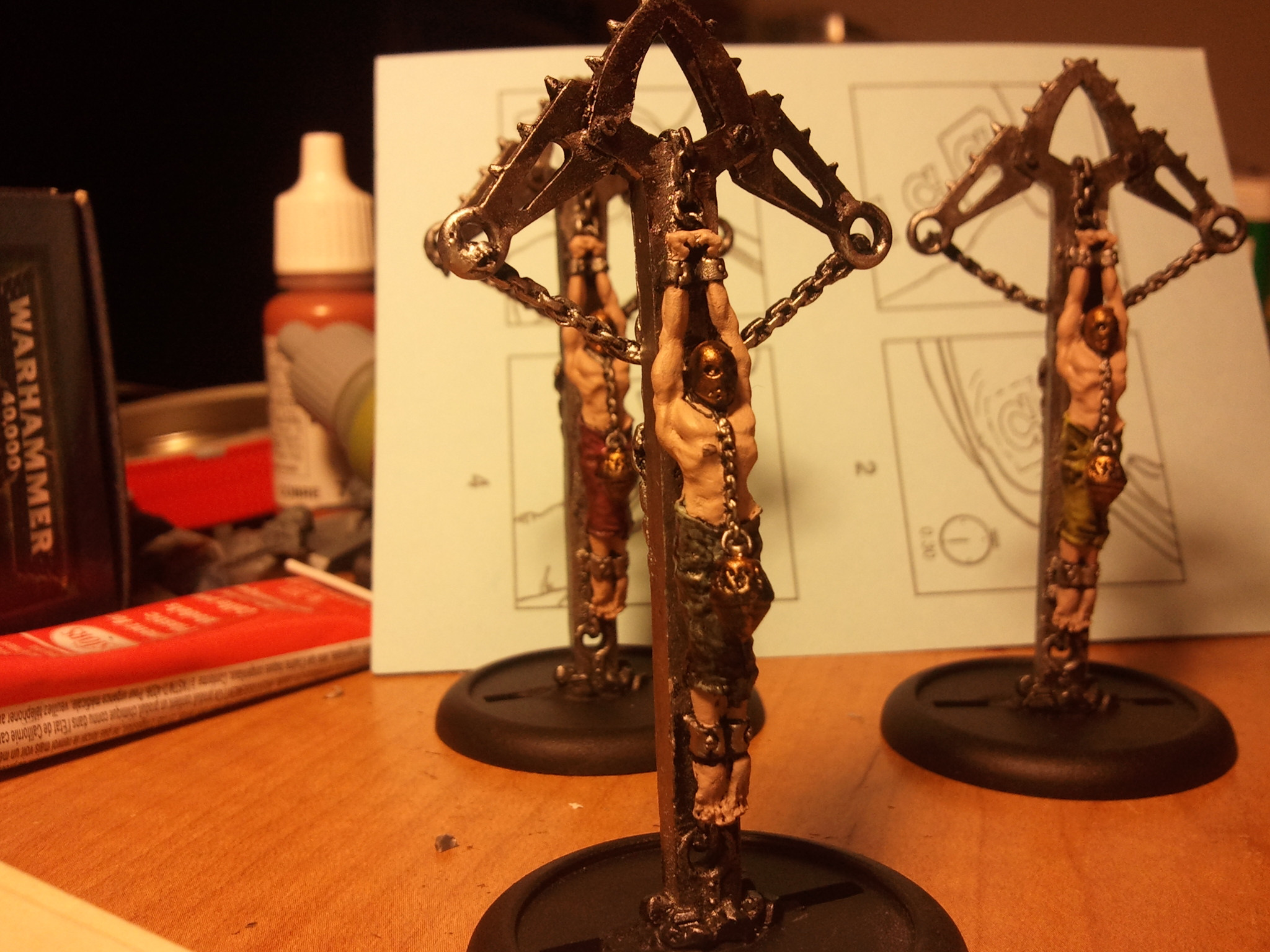 These guys are called Wracks. They’re being tortured to death in such a way that they become exploding batteries of magic power that my Warcaster can use in case he runs out of his own magic power. You can tell my faction is the good guys because they torture people to death.

← Warhammer 40k: Kill Team (the video game)
The Acts of the Lords of Rannick, XXVI →

3 Comments on “This has been great painting weather”