The Acts of The Lords of Rannick, XLVI

As odd as it seems sometimes, not every message we receive is from a Spambot. Some are from people, actual people, presumably with the same interests or maybe just those interested in reading other people’s in-jokes. I don’t know. I was thinking about this because the last part of this entry is going to be a massive knowledge drop and I was going to hide it, because it gives away a lot about the story and I didn’t want to spoilerzlol. And then I thought “If anyone was worried about spoilers, reading a retelling of this AP would be stupid”, so I stopped worrying about it. If someone wants to Pierce Hawthorn a game of D&D, they could read the same stuff somewhere else, with less pointless images and dick-jokes and a more compelling narrative, perhaps told by someone who tends not to finish the evening with a memory-sodomizing amount of whisky.

Anyway, last night was fun (that I recall) and wasn’t much work for me. What happens next is a bit up in the air… there is no connective bridge between that last mini-dungeon and the next thing that the party do; at least none that isn’t created by player action. This always makes me a bit nervous, even though I think the improvised stuff has gone fine so far. There hasn’t been much need for winging it; the stand-off between Stone Giant factions and the journey from Sandpoint to the Storval Stairs being more or less the only stuff I’ve had to come up with off the top of my head.

There’ll be more winging it, I’m fairly certain, unless someone figures out the very direct route (which is obscure and no-one should feel bad for not thinking of it), so hopefully that will go well. The point of the knowledge dump at the end of the entry is to elevate the players from knowing that there is An Ancient Evil That Threatens To Return When The Weather Perks Up A Bit, to knowing who that evil is, where it is and why.

N.B. Changed my mind: all the new information is in a separate post.

Under Sandpoint, in the Scribbler’s Lair.

Having stepped into the small square room, the party encountered the last gift the Scribbler left them: a magical trap. It went off silently and insinuated itself into the minds of Arradin, Tersplink, Kerplak and Don who suddenly and wholeheartedly believed that they had been led down here by their so-called-comrades to be butchered in some hideous ritual to Lamashtu. I’ve previously detailed the kind of sacrifices Lamashtu like to make, so everyone had reason to be worried. I mean, not really, but you couldn’t tell them that.

Tersplink got the ball rolling by making sure he was far from danger, Teleporting somewhere safe, then running somewhere even safer and then hiding under something when he got there. Also, closing his eyes very tightly.

Arradin took a more direct approach, because direct approaches are what tends to work for her. Noe pointed out that Arradin hasn’t fallen in battle in a long time, but a lot of that is to do with the support buffs she receives. Speaking of which, she turned around and began hacking Albedon, screaming curses and epithets at the traitors that surrounded her. Albedon, taken aback took all the hacking he could safely take and Dimension Door’ed back up to Sandpoint where he recruited the aid of some shock townsfolk and sent for a Father Zantus.

Arradin then turned on Halvard, and the two party tanks, buffed by Albedon’s Stoneskin spell, began hewing at each other. It took Halvard a moment or two to start landing anything.

Kerplak, meanwhile, downed a potion of Invisibility. This was undone when Dagfinn cast Glitterdust on the area, blinding Arradin and revealing the gnome by coating him in golden dust. Kerplak began firing at everyone he could with his repeating crossbow. 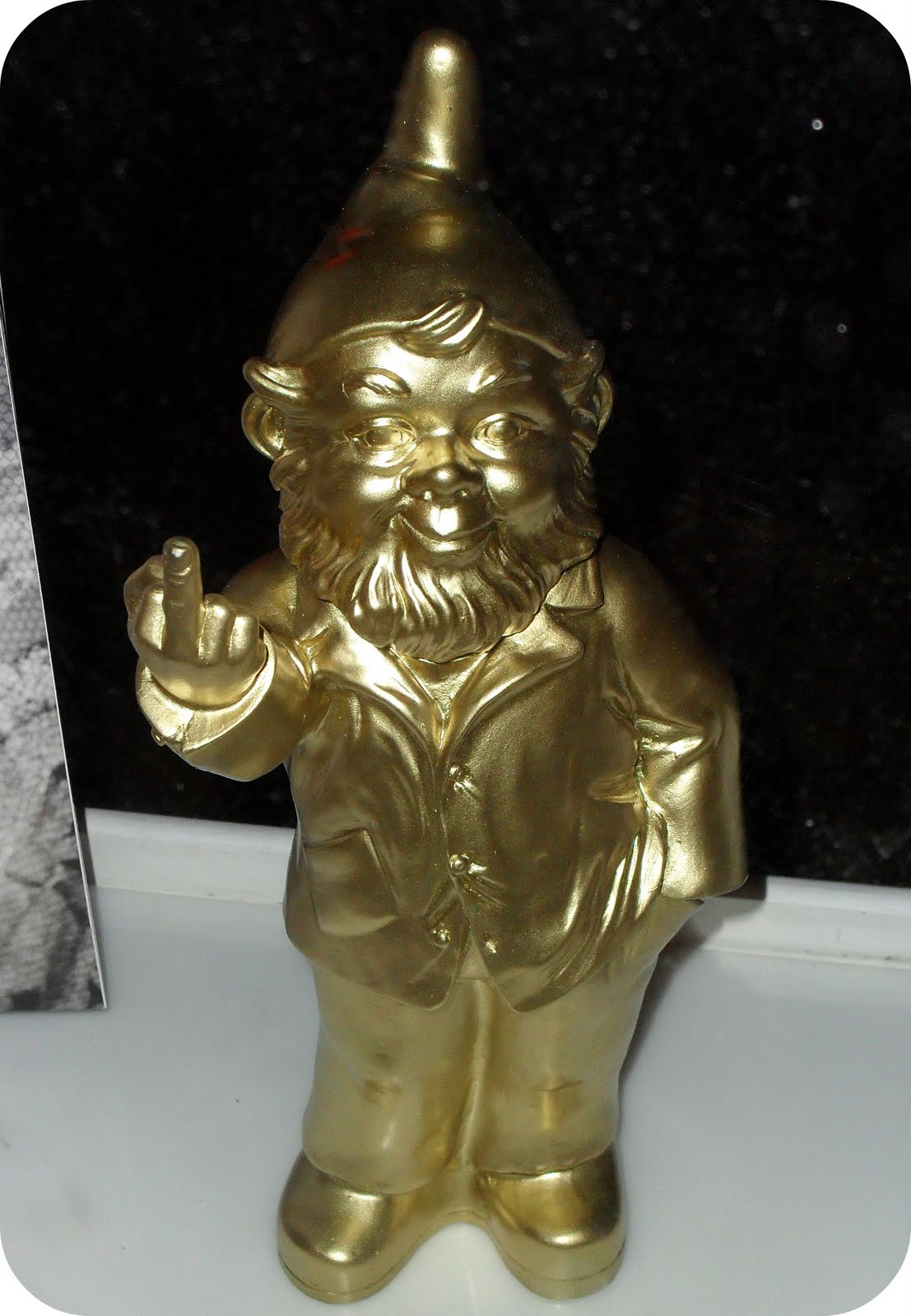 Don, feeling threatened, changed into a Dire Bear and attacked Torgor, Torgor started to run away but found that the bear was more than a match for his speed and instead tried to calm the Don Bear down. It actually worked, placating the bear for precious seconds, which allowed Torgor to return to the room and tersely confer with Dagfinn about what appeared to be happening.

What appeared to be happening was that after Dagfinn cast Grease on the floor beneath Arradin, Arradin fell and as she struggled to get back up, Kerplak set the Grease on fire and Halvard defeated her, his last blow so powerful it tore the weapon from his hands and left it quivering slightly in Arradin’s torso. Gorum did some of that damage.

Dagfinn dimissed the Grease, because you can do that with Grease, and Halvard stepped through and put Kerplak down. The angry bear had returned and Torgor and Dagfinn faced off against it, doing some nice hits and one abortive wrasslin’ attempt. (Kerplak’s spirit lived on, even as he bled out on the floor.) Again, when Halvard arrived the fight ended with Halvard pulling his sword out of his comrade.

Nervous about the duration of the madness that had seemed to afflict their fellows, Torgor, Dagfinn and Halvard stripped Kerplak of his armour and weapons and hidden weapons and internal weapons and failsafe weapons, they healed him and woke him up. He was fine, recalling the entire episode as one does a particularly traumatizing nightmare. Like one where your mother takes you shopping with her and leaves you in a room full of mannequins while she goes off to try on clothes and then the mannequins starting moving closer to you every time you look away. 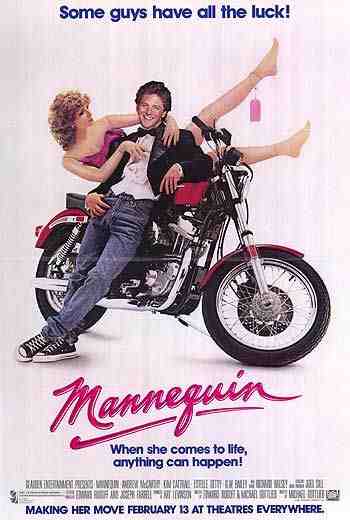 Healing up the glittery elf and the now-back-to-human druid the party took a while to compose itself and then moved on, down the short passageway ahead. When they found the passageway blocked by rubble they searched along the walls and found that the door in the wall had been hidden by an illusion.

Kerplak smelled another magical trap, but not the kind that could be set off harmlessly. Preparing for round two of Family Feud, Dagfinn and Don stepped through the doorway. It was like stepping into an MRI room, having just eaten second helpings of iron filings, as the room reacted to having people in it that disagreed with the room’s alignment. Fucking rooms, eh?

Nevertheless, the two searched the room as the others watched from outside. They found a man Dagfinn recognized as Jaren Basvear, a corporal of the guard who had fought quite bravely during the goblin raid over a year ago and who had stuck to his post when Longtooth laid waste to the town. Currently his broken body was stuck to the wall, having been nailed to it. The room itself was covered in writing, of course, but not the expressive praises to Lamashtu that typified the rest of the complex, these were more like tight, controlled research notes about life on the surface. Dagfinn cast Detect Magic and discovered that a Peacock feather quill that sat on a writing table beside the dead man was powerfully magical. So powerful, he had no idea what it did.

Surveying the walls, another fragment of the iridescent ink writing was found, another part of what was looking like some bad poetry. Other than that, a writing desk and a few bottles of ink, there was nothing of interest in this room at that time. Arradin carried the corpse of Jaren Basvear as they all returned to the temple area to look for more lines if shiny doggerel hidden amongst the hymns to Lamashtu. They found them, Dagfinn putting them together to form… what? Instructions? Directions? Maybe something between. Something about getting into Runeforge, at least. Whatever or wherever that may have been.

Having satisfied their curiosity and assembled the poem they returned to the surface after dark, having been hindered by the confusing elements of Guards and Wards still in play. There they found Albedon, waiting to see who he should arrest with Sheriff Hemlock and Father Zantus worriedly looking on. When it turned out nobody was going to kill anybody else, they all laughed about it and froze mid-backslap while the credits rolled.

The players were now faced with something they hadn’t faced in a long while: free time. Oh, you’ve been to lots of places, but how long since you went to you?

I was sure Don would call a spa day.

Funnily enough, no one called a spa day. With the threat of Ancient-Evil-etc-etc, everyone stayed on their toes and got busy.

Dagfinn fired off a letter to Lonny at Fort Rannick to find out the state of affairs there while Kerplak send off his review of the grenade launcher to his Mysterious Benefactor in Riddleport. They also informed Brodert Quink of their findings below Sandpoint and fully revealed the extent of the findings under Jorgenfist. Brodert nearly fainted when told, but has all sorts of ideas about how these resources could be academically exploited.

Halvard bought a warehouse for his family to live in and also to serve as a place to revere Gorum and recruit a company of Militia. Having sent for his family previously, it’ll only be a week or so before his wife moves in to her new… warehouse. Gosh, what a lucky woman. Arradin signed up to help out with training the Militia, something she is eminently qualified to do, as long as she can skip the services to Gorum. I kind of assume services to Gorum are like Fight Club, but with swords and less banter.

My services are more or less me punching you in the face until you achieve... let's call it enlightenment.

Dagfinn, Don, Torgor and Arradin all went to Magnimar via the Tersplink Express, although Don did so with obvious distaste for the city. What shopping they did there, I wait to hear. The list of items is here in case you want to buy any of the good stuff. Although you can also get things made. (Remember the Bank of Tersplink is offering up cash loans).

That’s where we ended last night, so I think I’ll put new developments in a separate post as this is getting out of recap territory…

For going after her companions with such gusto and not meta-gaming even a little bit as she did so, Noe/Arradin got the Compleat Adventurer last night. She didn’t pull any punches and she didn’t look for outs and, importantly, she didn’t do herself any favours because she ended up with an angry viking’s sword through her. That’s exactly how that trap should work and it relies on players not trying to seek any advantage for the long term.

11 Comments on “The Acts of The Lords of Rannick, XLVI”